Skip to content
HomeA Bridge Across the Ocean by Susan Meissner 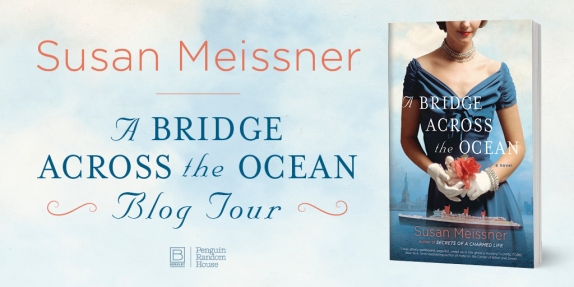 Description:  Wartime intrigue spans the lives of three women—past and present—in the latest novel from the acclaimed author of Secrets of a Charmed Life.

February, 1946. World War Two is over, but the recovery from the most intimate of its horrors has only just begun for Annaliese Lange, a German ballerina desperate to escape her past, and Simone Deveraux, the wronged daughter of a French Resistance spy.

Now the two women are joining hundreds of other European war brides aboard the renowned RMS Queen Mary to cross the Atlantic and be reunited with their American husbands. Their new lives in the United States brightly beckon until their tightly-held secrets are laid bare in their shared stateroom. When the voyage ends at New York Harbor, only one of them will disembark…

Present day. Facing a crossroads in her own life, Brette Caslake visits the famously haunted Queen Mary at the request of an old friend. What she finds will set her on a course to solve a seventy-year-old tragedy that will draw her into the heartaches and triumphs of the courageous war brides—and will ultimately lead her to reconsider what she has to sacrifice to achieve her own deepest longings. (publisher)

My take:  Annaliese was a German girl with hopes of being a ballet dancer. Those hopes were dashed when she unknowingly caught the eye of a Nazi official. After a few weeks of dinners out he convinced her (creepily) to marry him. Her life would never be the same.

Simone’s father and brother were murdered before her eyes. Somehow she followed directions her father had laid out for her to get to safety. It was a harrowing journey but it eventually led her to a new path in life. Annaliese and Simone met in England and sailed on the Queen Mary to the US along with hundreds of other war brides. Once again, things didn’t go as planned.

Brette is a young married woman in California. She’s been able to see things (think spirits) most people can’t for most of her life. After a tour of the Queen Mary (rumored to be haunted) she knows she needs to find answers to a few questions. Her day on the ship compels her to search for Simone and Annaliese. She also hopes to find a way to be comfortable with her ability.

A Bridge Across the Ocean is the story of three women faced with life-changing challenges. Two of their stories took place during WWII and one, Brette’s, is present day. Told from the three perspectives I felt the novel unfolded at a good pace and a few chapters in I had a tough time putting it down. It’s a tale about crossing bridges in life. Often what one finds on the other side is not as frightening as imagined. It’s a story of bravery, acceptance and forgiveness.

21 thoughts on “A Bridge Across the Ocean by Susan Meissner”