Synopsis:  Beneath the elegant façade of Victorian high society, the mysterious men of the St James Society play only by rules of danger and desire…

Rance Welham, the Earl of Lazonby, has survived scandal and disgrace, even evading the Queen’s justice at the end of a hangman’s rope. Now he’s about to gamble everything on something far more dangerous—pure, unquenchable desire.

An exotic and elegant beauty, Lady Anisha Stafford fled her native India after her husband’s death to seek refuge within London’s secretive St James Society. But accepting protection from a man society’s whispers call a cold-blooded killer is a double-edged sword . . . especially when he’s the most captivating and irresistible man Anisha has laid eyes on since leaving Calcutta.

In a world where treachery abounds, no one can be trusted—and no true passion can be denied. Together, these two tempestuous souls will risk their lives for a love that could redeem them both…or destroy everything they hold dear.

My take:  The Bride Wore Pearls has a very different tone to it than other Historical Romances I’ve read. It’s exotic and lush in descriptions of setting and characters. There’s a paranormal aspect woven throughout the story but mostly in the background. This is the third book in the series and I think I would have benefitted by reading the books in order to understand the paranormal theme. That said, Liz Carlyle does a good job of catching the reader up on secondary characters which makes me want to read the previous books.

I enjoyed Rance and Anisha. They are two strong characters who don’t back down from anyone or anything – especially Anisha. She’s been married before and has two young sons. She doesn’t want her brother to match her with someone he feels suitable. If she decides to marry again it will be on her terms. Rance refuses to be anything more than a friend to Anisha. He feels his reputation around the ton wouldn’t be good for Anisha or her sons. You know where this will end up going, right?

For me the fun was seeing how Carlyle let the two find their way to each other. I also thought the mystery of who was behind the false accusation that has plagued Rance for years was interesting and made for an exciting scene or two near the end. Recommended for fans of Liz Carlyle and Historical Romance fans looking for something a little different.

A lifelong Anglophile, Liz Carlyle cut her teeth reading gothic novels under the bedcovers by flashlight. She is the author of seventeen historical romances, including several New York Times bestsellers. Liz travels incessantly, ever in search of the perfect setting for her next book. Along with her genuine romance-hero husband and four very fine felines, she makes her home in North Carolina. 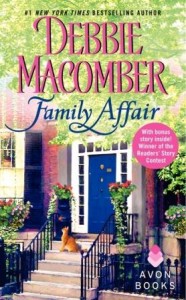 Synopsis:  Jenny is about to lose the ranch that’s been in her family for generations. It looks like she’ll have to marry someone with money in order to save it. Most of the town is placing bets on who she’ll marry and then a stranger shows up and bets $10,000 she’ll marry him within five weeks. Who is this mysterious man? Could he be a knight in shining armor or does he have an ulterior motive?

My take:  This was a fun story – a real page turner! The Bet could easily have been a full length book. I enjoyed the fast pace and how the drama, humor and light romance combined to make an entertaining story.

Given the short form it was easy to accept the brief secondary character descriptions and quick turns in the plot. I was amazed by how much Panzera packed into her story –  that’s why I think it could be a full length novel. I would enjoy learning most of the characters’ back stories and it would be nice to see the story play out more slowly.

I can see why Debbie Macomber named The Bet the winner of the Readers’ Story Contest. I think fans of Macomber will enjoy it and I’ll definitely look for more books by Darlene Panzera.

Note:  You can find The Bet as a bonus story included with Debbie Macomber’s Family Affair (there are a few editions so look for the one with the pink sticker on the cover).

Disclosure:  I received a review copy from the publisher for the TLC Book Tour. I was not compensated for my review.

Darlene is an active member of Romance Writers of America’s Greater Seattle and Peninsula Chapters. She’s attended numerous conferences and classes, served five years on the board of RWA’s Peninsula Chapter and in 2011 served as chapter president.

Darlene is the winner of the “Make Your Dreams Come True” contest sponsored by Avon Books which led her novella, The Bet, to be published with Debbie Macomber’sFamily Affair released June 2012. She received a second contract with Avon Books, a division of HarperCollins, for the full length manuscript of The Bet, and is currently working on her next novel.

Born and raised in New Jersey, Darlene now lives in the Pacific Northwest with her husband and three  children. When not writing, she enjoys camping, hiking, photography, horseback riding, crafts, music, and lazy days at the lake.

Tuesday, July 24th: Take Me Away

My take:  Brand New Human Being is one of those novels I wished I had a friend who’d also read it so we could compare notes right away. I wanted to talk about Logan and Julie and Bennie and the rest of the characters. I wanted to talk about how differently we all handle grief especially when the center of the universe, in this case Logan’s father, has died.

Logan left grad school when his father was diagnosed with cancer. He’d met Julie several weeks earlier on a trip home. They spent every night together until Logan returned to school. Their son Owen was conceived during those two weeks. When Logan got the call about his dad he left school, married Julie and they both moved in with his dad Gus and Bennie.

Fast-forward a few years and Logan finds himself a stay-at-home dad with a 4-year-old son who seems to be reverting to a baby, and a wife who seems very unhappy. He also hasn’t finished his dissertation and feels the pressure of having less than a year to do so. On top of that there are other issues and people who are putting pressure on him. At times Logan made me think of a tea kettle building to a full whistle.

I can see where some readers might get annoyed with Logan and complain about his first world problems but really he’s a guy of a certain age (mid 30s) getting tired of letting life happen to him. He starts to take control of the things only he can. When even that seems impossible Logan does some things he almost immediately regrets. His father’s widow Bennie gets him to talk and she listens (and talks some sense into him). She seems to be about the only person who validates his feelings.

I liked Brand New Human Being and recommend it to readers who like books about imperfect people dealing with grief and trying to move forward.

You can find out more about the novel and author Emily Jeanne Miller at her website. You’ll find a link to discussion questions there as well.

Click the TLC button to see the complete tour schedule

And now for the giveaway!

Details can be found .