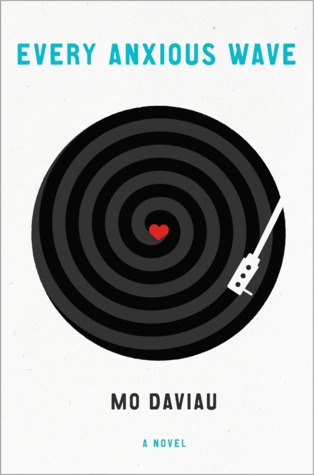 Good guy Karl Bender is a thirty-something bar owner whose life lacks love and meaning. When he stumbles upon a time-travelling worm hole in his closet, Karl and his best friend Wayne develop a side business selling access to people who want to travel back in time to listen to their favorite bands. It’s a pretty ingenious plan, until Karl, intending to send Wayne to 1980, transports him back to 980 instead. Though Wayne sends texts extolling the quality of life in tenth century “Mannahatta,” Karl is distraught that he can’t bring his friend back.

Enter brilliant, prickly, overweight astrophysicist, Lena Geduldig. Karl and Lena’s connection is immediate. While they work on getting Wayne back, Karl and Lena fall in love — with time travel, and each other. Unable to resist meddling with the past, Karl and Lena bounce around time. When Lena ultimately prevents her own long-ago rape, she alters the course of her life and threatens her future with Karl.

A high-spirited and engaging novel, EVERY ANXIOUS WAVE plays ball with the big questions of where we would go and who we would become if we could rewrite our pasts, as well as how to hold on to love across time.

Praise for Every Anxious Wave:

“A punk-rock time-travel love story for the ages . . . A dark and funny love story that, like its main characters, is much sweeter than it appears on the surface.”  —Kirkus

“An absolute kick in the pants to read—if you love rock, bodies, and time travel, this is your ride.”  —Lidia Yuknavitch, author of The Small Backs of Children

Mo Daviau is a graduate of Smith College and the Helen Zell Writers’ Program at the University of Michigan. She is also a solo performer, having performed at storytelling shows such as Bedpost Confessions and The Soundtrack Series. She currently lives in Portland, Oregon.

All treadmill exercise this week. I keep meaning to add some resistance training but somehow never get around to it. Maybe next week…  In addition to finishing The Martian I also completed One Wish and Hearth Stone.

Synopsis:  Six days ago, astronaut Mark Watney became one of the first men to walk on the surface of Mars. Now, he’s sure he’ll be the first man to die there.

It started with the dust storm that holed his suit and nearly killed him, and that forced his crew to leave him behind, sure he was already dead. Now he’s stranded millions of miles from the nearest human being, with no way to even signal Earth that he’s alive–and even if he could get word out, his food would be gone years before a rescue mission could arrive. Chances are, though, he won’t have time to starve to death. The damaged machinery, unforgiving environment, or plain-old “human error” are much more likely to get him first.

But Mark isn’t ready to give up yet. Drawing on his ingenuity, his engineering skills–and a relentless, dogged refusal to quit–he steadfastly confronts one seemingly insurmountable obstacle after the next. But will his resourcefulness be enough to overcome the impossible odds against him? (publisher)

My brief take:  I read/listened via whisper sync (Kindle/Audible). RC Bray’s narration is perfect and made the book almost unputdownable (yep, I used that word).

I was totally out of my reading comfort zone when I picked up this book and now I’d recommend it to anyone. At the end, when certain characters were pacing, I was up and pacing with them. The Martian is interesting, funny, thrilling and a great read. That’s all I’m going to say. Except, if you haven’t read it put it on your list!

Note: At the end of the book (but not the audiobook) there’s a Reader’s Guide and an Author Q&A. My Kindle edition also has an essay by Andy Weir: How Science made Me a Writer. Not sure if that’s in the paper edition. Anyone?