ABOUT THE BOOK: The day comes sooner than expected when Charles, prompted by a near-scandal between Evelyn and a servant, brings her on a business trip to New York City and the 1893 World’s Fair in Chicago. Evelyn welcomes the chance to escape her cloistered life and see the world.

But a fishing expedition up the Nipigon River in Canada takes an unexpected turn when Evelyn discovers that their river guide is none other than James Douglas. Even more startling, her father betrays no shock, simply instructing Evelyn not to reveal their past connection with James to the rest of their party.

Evelyn never believed that James was guilty, but speculation about her father’s role in the killing has made her fearful. What is he hiding? As they travel deeper into the wilderness, and further from the constraints of polite society, the secrets and lies surrounding that night are finally stripped away, revealing the true natures of everyone in their party.

BEYOND THE WILD RIVER by Sarah Maine 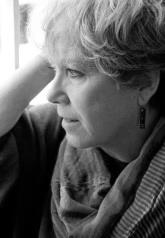 Sarah Maine was born in England but grew up partly in Canada before returning to the United Kingdom, where she now lives. She is the author of The House Between Tides.

Following the death of her last living relative, Hetty Deveraux leaves her strained relationship behind in London and returns to Muirlan, her ancestral home in Scotland’s Outer Hebrides. Hetty has every intention of renovating and reselling it as a hotel, but before she can dive headfirst into the repairs, century-old remains are discovered by the house’s caretaker, with few physical clues left to identify the body. Only one thing is certain: he or she did not die of natural causes.

Hungry for answers, Hetty sets out to learn more about the body and the house’s owners from the 1910s, including her ancestor, Theo Blake, an acclaimed painter who returned to Muirlan to paint the local birds, and his new bride, Beatrice, who fell for Theo’s brilliance, even as she grew increasingly disturbed by his fascination with a local boy.

Following whispered rumors and a handful of leads, Hetty learns that something ruptured in the Blake’s marriage, forcing Beatrice to leave the country and Theo to withdraw from society. The exact cause has never been known, but as Hetty studies the paintings produced by Theo during his short-lived marriage, she uncovers secrets that will reverberate throughout the community – and lead her to the identity of the long-hidden body.

Sarah Maine is a compelling new voice in women’s fiction – her prose is rich and lyrical, and her storytelling is immersive. THE HOUSE BETWEEN TIDES (Atria Trade Paperback; is on sale now; ISBN: 9781501126918; $16) is a debut novel written with the command of a veteran author and is a perfect read for fans of Kate Morton, Lucinda Riley, and Ellen Marie Wiseman’s What She Left Behind.

Sarah Maine was born in England but grew up partly in Canada before returning to the United Kingdom to study archaeology. She now lives in York with her family. The House Between Tides is her debut novel.

Praise for THE HOUSE BETWEEN TIDES:

“Delivering details at a perfectly suspenseful pace… the historic mystery will keep readers guessing right up until the end.” – Booklist

“An eerie odyssey that would be right at home in the pages of the pulpy Warren comics.” – Kirkus Reviews

Please click the link and fill out the form