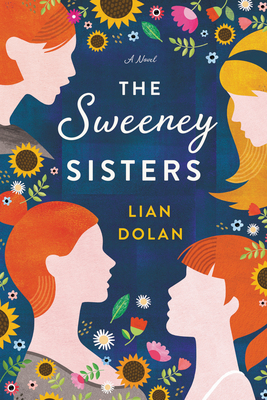 The Sweeney Sisters by Lian Dolan

E-Galley courtesy of the publisher and Edelweiss

Maggie, Eliza, and Tricia Sweeney grew up as a happy threesome in the idyllic seaside town of Southport, Connecticut. But their mother’s death from cancer fifteen years ago tarnished their golden-hued memories, and the sisters drifted apart. Their one touchstone is their father, Bill Sweeney, an internationally famous literary lion and college professor universally adored by critics, publishers, and book lovers. When Bill dies unexpectedly one cool June night, his shell-shocked daughters return to their childhood home. They aren’t quite sure what the future holds without their larger-than-life father, but they do know how to throw an Irish wake to honor a man of his stature.

But as guests pay their respects and reminisce, one stranger, emboldened by whiskey, has crashed the party. It turns out that she too is a Sweeney sister.

When Washington, DC based journalist Serena Tucker had her DNA tested on a whim a few weeks earlier, she learned she had a 50% genetic match with a childhood neighbor—Maggie Sweeney of Southport, Connecticut. It seems Serena’s chilly WASP mother, Birdie, had a history with Bill Sweeney—one that has remained totally secret until now.

Once the shock wears off, questions abound. What does this mean for William’s literary legacy? Where is the unfinished memoir he’s stashed away, and what will it reveal? And how will a fourth Sweeney sister—a blond among redheads—fit into their story? (publisher)

My take: The Sweeney Sisters is the story of three siblings mourning the death of their father, a famous author whose estate is in disarray and it would appear he had some monumental secrets. As they sort through the fallout they are faced with welcoming another sister into their fold. This is just one of the challenges they must deal with as each sister grapples with personal upheaval at the same time. Set in a tony Connecticut town, with the expected well-heeled characters, The Sweeney Sisters is an enjoyable novel that I recommend to fans of messy stories about family, sisters and secrets.

About Elizabeth the First Wife:  Elizabeth Lancaster, an English professor at Pasadena City College, finds her perfectly dull but perfectly orchestrated life upended one summer by three men: her movie-star ex-husband, a charming political operative, and William Shakespeare. Until now, she’d been content living in the shadow of her high-profile and highly accomplished family. Then her college boyfriend and one-time husband of seventeen months, A-list action star FX Fahey, shows up with a job offer that she can’t resist, and Elizabeth’s life suddenly gets a whole lot more interesting. She’s off to the Oregon Shakespeare Festival for the summer to make sure FX doesn’t humiliate himself in an avant-garde production of A Midsummer Night’s Dream. Meanwhile, Elizabeth’s house sitter back in Pasadena is her Congressman brother-in-law’s dreamy chief of staff, whose calls regarding how to work the washing machine and stovetop slowly cross the line into much more personal territory.

About the author:  Lian Dolan is a writer, producer, talk show host, podcast pioneer and social media consultant. She writes

the blog and produces the weekly podcast “The Chaos Chronicles,” a humorous look at modern motherhood. She writes for Oprah.com as a parenting expert. A decade ago, Lian created Satellite Sisters, an award-winning talk show, blog and website, with her four real sisters. Her writing has appeared in many national magazines, including regular columns in O, The Oprah Magazine and Working Mother and essays in such anthologies as Chicken Soup for the Sister’s Soul. TV appearances have included The Today Show, CBS Sunday Morning, and The Oprah Winfrey Show. She is a popular speaker for groups and corporations, always using humor as hook.  Her previous books include Helen of Pasadena and The Satellite Sisters’ Uncommon Senses.