Skip to content
HomeSpotlight/US Giveaway: The Summer I Met Jack 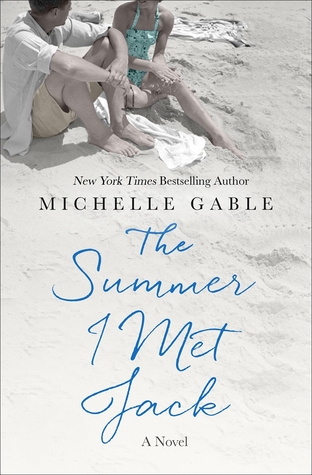 The Summer I Met Jack: A Novel by Michelle Gable

Description: (provided by the publisher)

“[The Summer I Met Jack] offers an alternate Kennedy family history that will leave readers wondering whether America knew the real JFK at all.” —Kirkus Reviews

New York Times bestselling author imagines the affair between John F. Kennedy and Alicia Corning Clark – and the child they may have had.

Based on a real story – in 1950, a young, beautiful Polish refugee arrives in Hyannisport, Massachusetts to work as a maid for one of the wealthiest families in America. Alicia is at once dazzled by the large and charismatic family, in particular the oldest son, a rising politician named Jack.

Alicia and Jack are soon engaged, but his domineering father forbids the marriage. And so, Alicia trades Hyannisport for Hollywood, and eventually Rome. She dates famous actors and athletes and royalty, including Gary Cooper, Kirk Douglas, and Katharine Hepburn, all the while staying close with Jack. A decade after they meet, on the eve of Jack’s inauguration as the thirty-fifth President of the United States, the two must confront what they mean to each other.

The Summer I Met Jack by Michelle Gable is based on the fascinating real life of Alicia Corning Clark, a woman who J. Edgar Hoover insisted was paid by the Kennedys to keep quiet, not only about her romance with Jack Kennedy, but also a baby they may have had together.

Michelle Gable is the New York Times Bestselling author of A PARIS APARTMENT, I’LL SEE YOU IN PARIS and THE BOOK OF SUMMER. Her fourth book, THE SUMMER I MET JACK, is based on the real-life romance between Jack Kennedy and Alicia Darr.

Michelle grew up in San Diego and attended The College of William & Mary, where she majored in accounting, as most aspiring writers do. After a twenty-year career in finance, Michelle now writes full-time. She lives in Cardiff-by-the-Sea, California, with her husband, two daughters, and what is quickly becoming a menagerie: one cat, one bunny, and a lab/jindo mix recently rescued from the dog meat trade in Thailand.

6 thoughts on “Spotlight/US Giveaway: The Summer I Met Jack”