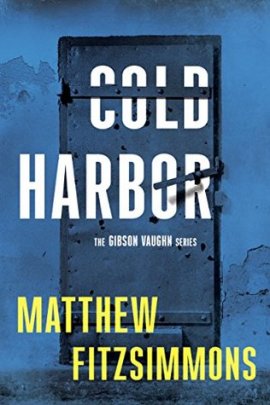 After a period of brutal isolation in a CIA black-site prison, former Marine and gifted hacker Gibson Vaughn is free—but with no idea where he was or how much time he’s lost. Struggling to maintain his grip on reality, he races to return to the life he left behind. Angry and disoriented, his thoughts turn to vengeance and the man responsible for his rendition. But Gibson’s drive for retribution and the ghosts of his violent past plunge him back into a world he wants only to escape.

As old enemies and once-trusted allies resurface, the architects of a murderous conspiracy will beat a sinister path to Gibson’s doorstep. In discovering the shocking truth about those he thought he knew best, only one thing is certain: those responsible must be made to answer…and pay.

Matthew FitzSimmons is the author of the bestselling Gibson Vaughn series, which includes The Short Drop and Poisonfeather. Born in Illinois and raised in London, England, he now lives in Washington, DC, where he taught English literature and theater at a private high school for more than a decade.