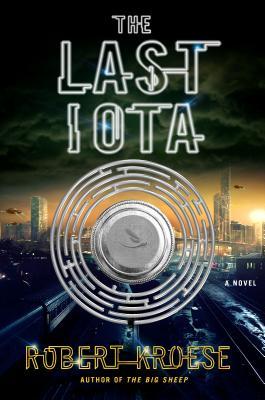 The year is 2039, and Los Angeles is poised between order and chaos. After the Collapse of 2028, a vast section of LA, now known as the Disincorporated Zone, was disowned by the civil authorities and became a de facto third world country within the borders of the city.

Navigating the boundaries between DZ and LA proper is a tricky task, and there’s no one better suited than eccentric private investigator Erasmus Keane. So when movie mogul Selah Fiore decides she needs to get her hands on a rare coin lost somewhere in the city, she knows Keane is the man for the job.

But while the erratic Keane and his more sensible partner Blake Fowler struggle to unravel the mystery of the elusive coins, Blake’s girlfriend Gwen goes missing and Selah Fiore turns up murdered. Both of these crimes seem to be linked to the coins―and to an untraceable virtual currency called iotas, used by drug dealers and terrorist networks.

Framed for Selah’s murder and desperate to find Gwen, Keane and Fowler must outwit DZ warlords, outmaneuver a reclusive billionaire, and stay a step ahead of the police while they gradually uncover the truth about iotas. Soon the clues begin to point to a conspiracy at the highest levels of government―and to a mysterious trickster who has orchestrated it all. As the DZ devolves into chaos and another Collapse seems to loom, Blake Fowler realizes that the brilliant Erasmus Keane may have finally met his match.

Set in the world of The Big Sheep, Robert Kroese delivers another dystopian adventure novel full of wit and intrigue.

Robert Kroese honed his sense of irony growing up in Grand Rapids, Michigan. After barely graduating from Calvin College, he stumbled into software development. In 2009, he called upon his extensive knowledge of useless information and love of explosions to write his first novel, Mercury Falls. He has written three more books in the Mercury series and a humorous epic fantasy, Disenchanted. The Last Iota is probably something like Kroese’s twelfth book, but there’s no way to know for certain.

6 thoughts on “Spotlight/US Giveaway: The Last Iota by Robert Kroese”