Skip to content
HomeSpotlight/US Giveaway: When the Moon is Low by Nadia Hashimi 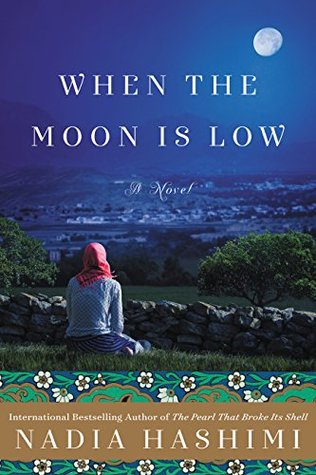 WHEN THE MOON IS LOW

Praise for WHEN THE MOON IS LOW:

“A must-read saga about borders, barriers, and the resolve of one courageous mother fighting to cross over.”  –  O, the Oprah Magazine

“A fascinating look at the unspoken lives of Afghani women, separated by generations and miles, yet achingly similar. This is a story to transport you and make you think.” – Shilpi Somaya Gowda, New York Times bestselling author of The Secret Daughter

In her bestselling debut, The Pearl That Broke Its Shell, Nadia Hashimi deftly wove a spellbinding tale of the heartache, hardship and triumph of Afghan women. In her follow-up, When The Moon Is Low, we meet Fereiba – a motherless young girl whose passion for learning helps her survive early heartbreak to become a successful educator paired in an arranged marriage that beats the odds and proves a love match. But when the Taliban come to power, Fereiba’s happy life crumbles, and she and her three children are forced to flee Kabul, headed for a glimmer of hope thousands of miles away in London, where Fereiba’s sister offers the promise of family and asylum.

With forged papers in hand, Fereiba and her children trek into the darkness of the Iranian mountains, eventually traversing Greece, Italy and France on their quest for stability and freedom. Through Fereiba’s eyes, we learn the kindnesses and cruelties experienced by thousands of refugees throughout Europe each day. But in a terrible turn of fate, Fereiba is separated from her oldest son, teenaged Saleem, in a busy market place in Greece. Will destiny ultimately make right the many losses and heartaches Fereiba has endured and reunite her with her son? Will Saleem, forced into adulthood under the worst circumstances, be able to fend for himself and be reunited with his family?

Nadia Hashimi paints a richly detailed, moving, and ultimately hopeful story about the strength and resilience of women and their families, the plight of migrants, and the refugee crisis we see in numerous regions of the world today.

Like The Pearl That Broke Its Shell, When The Moon Is Low is a heartfelt revelation of a novel, extremely readable and thought-provoking, with characters who haunt the reader long after the last page is turned.

Nadia Hashimi’s parents left Afghanistan in the 1970s, before the Soviet invasion. In 2002, Hashimi visited Afghanistan for the first time. She lives with her family in suburban Washington, D.C. where she works as a pediatrician.

5 thoughts on “Spotlight/US Giveaway: When the Moon is Low by Nadia Hashimi”