From Tawni O’Dell, author of the New York Times bestselling novel and Oprah Book Club selection Back Roads, comes ANGELS BURNING (Gallery Books; January 5, 2016; Trade Paperback Original; $16.00), a fast-paced literary thriller about a small town police chief who is forced to dig into her own shadowy past as she investigates the murder of a teenage girl.

When a girl’s body is found in a  fiery sinkhole in an abandoned coal town, Chief Dove Carnahan—a true trailblazer who would do anything to protect the rural countryside where she has lived all fifty of her years—is faced with solving the worst crime of her career. Dove identifies the girl as a daughter of the Truly family, a notorious dynasty of redneck irascibility and petty criminals.  But when the man convicted of killing Dove’s mother years earlier is released from prison—still proclaiming his innocence—his startling accusation will force Dove to face the parallels between her own family’s trauma and that of the Trulys.

With countless accolades to her credit, Tawni O’Dell writes with the “fearless insights” (New York Times Book Review) she brought to the page in Back Roads and One of Us.  In this masterfully told psychological thriller, the past and present collide to reveal the extent some will go to escape their fate, and in turn, the crimes committed to push them back to where they began.

“O’Dell does a stellar job of depicting the despair of those who live in a blighted rural community, while providing a complex study of the human soul and the fragile line that’s crossed when someone chooses to end another person’s life.” –Publishers Weekly, starred review

“A darkly compelling look into how the past colors the present, this psychological thriller will linger with readers.” –RT Book Reviews, four stars

“O’Dell returns with a captivating mystery… Filled with surprising twists and turns, this whodunit in a sullen town is a page-turner.” –Kirkus

“A dramatic, climactic end. The twists in this plot will keep the reader guessing as author O’Dell, yet again, shows why she is among the bestsellers. Her magic is powerful.”  –Suspense Magazine

“A no-holds-barred, page-turning, perfectly crafted thriller that kept me reading long into the night.” –Heather Gudenkauf, author of The Weight of Silence 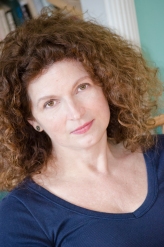 Tawni O’Dell is the New York Times bestselling author of six novels, including Back Roads, which was an Oprah’s Book Club pick and a Book-of-the-Month Club Main Selection. She is also a contributor to several anthologies, including Becoming Myself: Reflections on Growing Up Female. Her works have been published in more than forty countries. (publisher)

GIVEAWAY HAS ENDED
US Giveaway

Please fill out the form