About:  (Goodreads synopsis) Hawaii is palm trees, black sand and blue water—but for policewoman Lei Texeira, there’s a dark side to paradise.
Lei has overcome a scarred past to make a life for herself as a cop in the sleepy Big Island town of Hilo. On a routine patrol she finds two murdered teenagers—one of whom she’d recently busted. With its echoes of her own past, the murdered girl’s harsh life and tragic death affect Lei deeply. She becomes obsessed—even as the killer is drawn to Lei’s intensity, feeding off her vulnerabilities and toying with her sanity.
Despite her obsession with the case and fear that she’s being stalked, Lei finds herself falling in love for the first time. Steaming volcanoes, black sand beaches and shrouded fern forests are the backdrop to Lei’s quest for answers—and the stalker is closer than she can imagine, as threads of the past tangle in her future. Lei is determined to find the killer—but he knows where to find her first.

My take:  Blood Orchids is definitely outside my reading comfort zone but I’m glad I gave it a try.  Lei Texeira is a deeply wounded character. She’s also very brave.  She survived a horrible childhood but never truly worked through her issues which has resulted in her being a bit of a loner. She avoids romantic relationships. Her abuser called her DG (for damaged goods) and that’s what she’s carried with her since that time. Lei relies on coping mechanisms to get through the times when her past comes to the forefront. Thankfully she has a great friend in her Rottweiler Keiki who offers her security and unconditional devotion.

When the case she’s working on shows possible similarities to what happened to her she vows to find the murderer and bring him to justice. Detective Michael Stevens is just as determined to solve the case as Lei. In addition, they are attracted to each other. She knows a relationship would be doomed so she tries to discourage him. He had a tough childhood as well and is determined to show Lei he’s willing to wait until she’s ready. Together they work on finding the murderer.

I loved the pace of the story. I found myself looking forward to picking the book up each day which is saying a lot since the book involves gruesome crimes. Neal is a native Hawaiian as well as a mental health therapist which came through in the novel. At one point Lei is ordered by her chief to attend counseling sessions. That is when she begins to address her childhood abuse. I liked the understated and compassionate therapist and wonder if she’ll appear in future books.

While not completely surprised by the identity of the murderer (there were a few possibilities) I was absorbed in the novel right through to the exciting conclusion. I recommend Blood Orchids and look forward to the next book in the series.

Raised on the island of Kauai, Neal uses her native knowledge and first-hand experience as a therapist to create 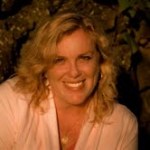 realistic settings and experiences, complex characters and an all around chilling crime thriller.